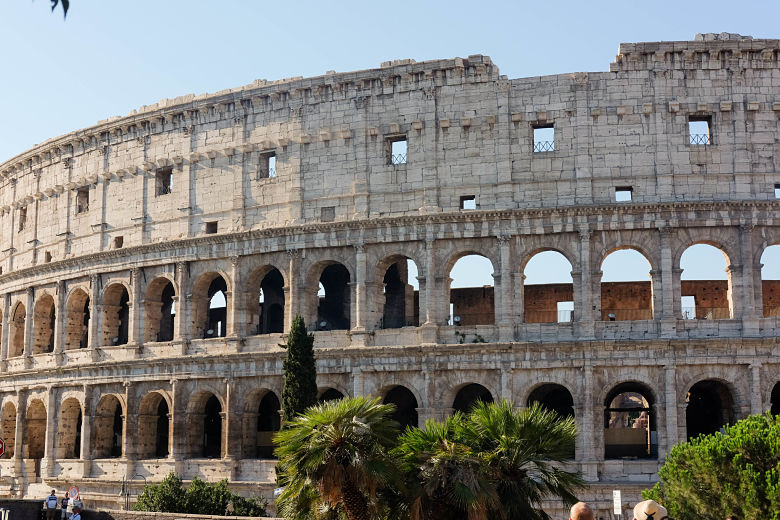 This week went by so fast, thank goodness! Usually the week that I get back from vacation is super long and I am hoping for the weekend to approach, luckily, its here! Woo hoo.

Some of you may have seen that I got a puppy this week! He is an American Foxhound Mix, is 3 months and a gorgeous little boy!

His name is Khush, which is the masculine version of “happy” in Hindi. J and I thrilled beyond excitement!

I am a super overzealous dog mom and it has only been a few days! Poor thing, he has no idea what he is in for.

I promised you all Italy recaps and today is no exception!

On Wednesday I gave you all the deats on the Duomo in Florence, here, but today I am going to share some of my favorite sites in Rome.

Being that this trip was mine and Julia’s first time in Italy, we kept it pretty traditional with what we saw.

OF COURSE, all the major touristy things were on our list.

There is literally so much to do, and we didn’t even get to cover it all during our 5 days in Rome.

We planned items immediately giving ourselves some down time to rest.

Let me tell you something. This girl is finally feeling her age. Legit. I need naps….like all the time….I was exhausted walking around all day in the heat. Sorry for giving you shit in Paris a few years ago mom.

Anyways. Sorry for my “I’m getting older” (but I am not really that old) rant.

We arrived in Rome on Saturday evening and planned to attend a Papal the next Sunday.

The papal is a gathering in St. Peter’s Square where the Pope addresses the crowd. There were tens of thousands of people who attended to hear him speak.

Not to get all serious, but I am more of a spiritual, than religious person, but this moment….this gathering…was a moment I will never forget. All these people were unified together for a greater cause. Nothing else mattered. It was beautiful. 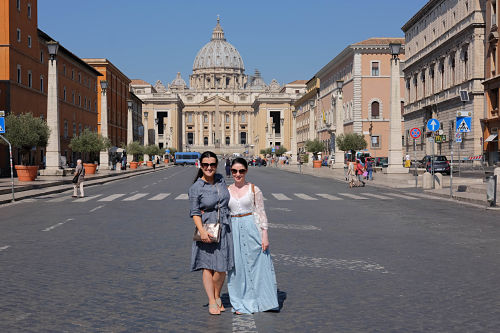 We got there about 2 hours prior to the event as to skip the nasty long lines (which worked), but the whole thing lasted about 15 minutes and was in Italian, so we felt the vibes of the crowd to understand what was going on.

On Monday we did a full tour of Vatican City, starting first with the Museum, then the Sistine Chapel and finally ending in the Cathedral. 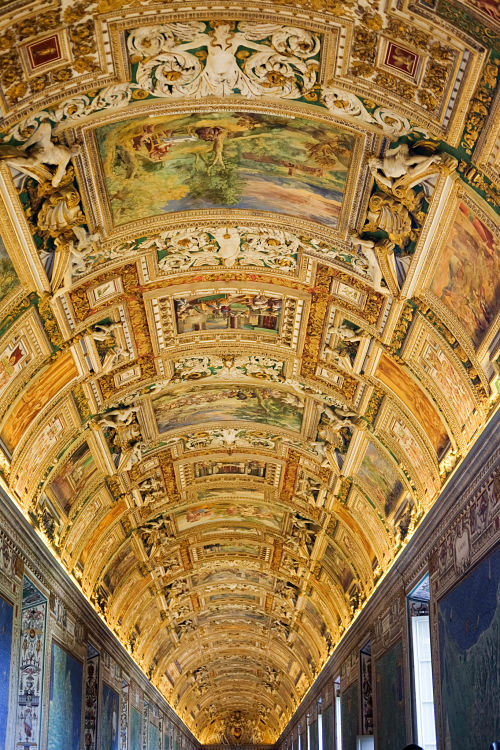 Side Note: Vatican City is literally its own sovereign state. It is not part of Italy and has its own laws, rules, police, etc. It’s pretty cool actually. On one side of the fence you are in Italy, and on another in Vatican City.

The museum tour was done by City Wonders, whom I DEF recommend. The guides were knowledgeable and passionate. They also gave out headsets so you could hear the explanations by the guide without having to push to the front to hear them.

My favorite part of the tour was going through the old Pope’s apartments and looking at what was their private art collections.

The ceilings weren’t too shabby to look at either.

You know, casual paintings on a ceiling that only took years of artistic visions and interpretations of the Bible to complete. Like I said. Casual.

The museum has this super long gallery which is filled with tapestries and oil work. It seems like the corridor will never end, but just as it ends, you are entered into the Sistine Chapel.

Ok, sooooo don’t shoot me, butI may be one of the only people to ever say this, BUT…

I found the Sistine Chapel to be slightly underwhelming.

[so quiet you can hear a needle drop] 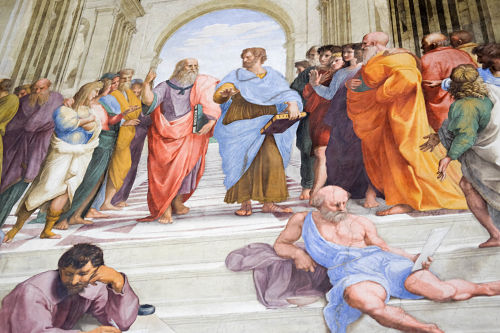 Now let’s not be hasty. The art was fucking amazing. Michelangelo did an amazing job.

Side Note: Michelangelo did a stellar job, but he was also pretty arrogant and wanted all the credit for the chapel to himself and refused to accept help, or put clothes on the people in his paintings, as he wanted to represent humans in their true form.

Um, Michelangelo. There is enough wall space to go around!

Also, the Pope wasn’t too pleased with the lack of clothing, and had another artist come into complete the clothes.

You win some, you lose some Michelangelo.

Over the next few days we check out Campo de’ Fiori, which is the famous outside market in Rome, the Spanish Steps, Trevi Fountain and of course the Pantheon, Coliseum, Roman Forum and Palatine Hill.

The Coliseum was one of the grandest features of human architecture I have ever seen (along with the Pantheon, which is the world’s largest free-standing structure). 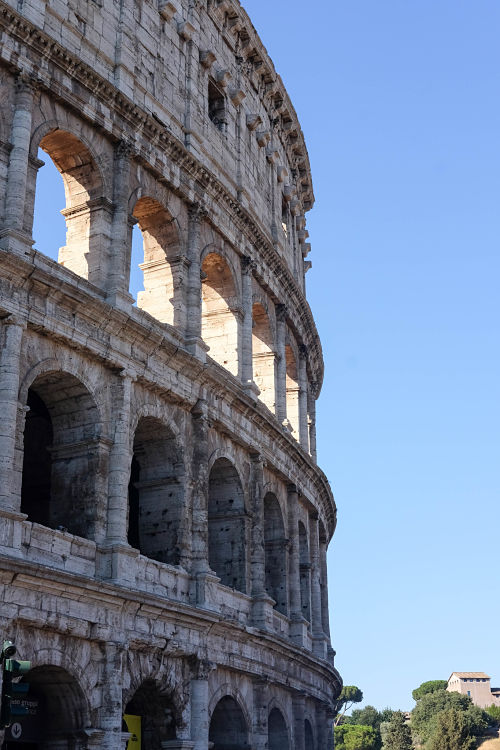 To be a fly on the wall in that place.

The Coliseum has seen it all. It used to be a garden, a palace, a place for lovers, and a place for painters, longgggg before its gladiator spectacle times.

The Coliseum had been robbed by moguls and crusaders removing all of its beautiful marble to make over famous sites in Italy such as St. Peter’s Basilica.

I felt like a small fish in a big pond there.

It’s insane how small the world can make you feel, ya know?

Being inside of buildings that date before Christ is nuts!! Like, how did it last this long? 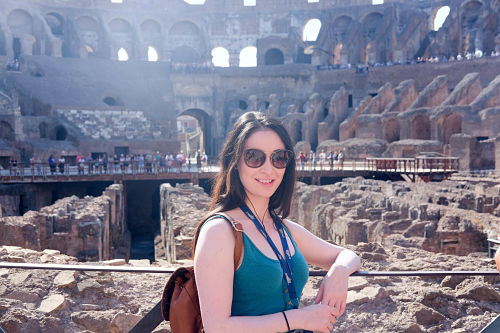 The materials used, like marble, are still standing! Some are still in pristine condition while others have aged and parts destroyed.

If you are looking for a historical yet fun vacation, I would highly recommend Italy to everyone.

I already want to go explore somewhere new!! Where should I go to next and why? Drop me a line.

Florence Recap! Up First – The Duomo

Love your recaps of Italy! Rome looks beautiful – I can’t wait to go!

This is such a great post! I honestly love when people are honest about seeing the “big sites” and how sometimes, they aren’t actually mindblowing. I feel about Stonehenge how you feel about the Sistine Chapel. And that’s okay! Cheers for saying it.

Dannie! I feel the same way about Stonehenge too. Gahhh, thanks for making me feel comfortable!

I always wanted to visit Rome, such an amazing place. Your images are beautiful.
http://www.cecilfashion.com

Thank you so much!

These photos are magnificent! Wow. I hope to visit Rome one day!

Thanks Linda! One day will come soon enough 🙂

omg, so much #wanderlust! I need to get to Italy ASAP! I highly suggest Ireland (and it might be the only place I’ve actually been outside the US), but it’s amazing and beautiful and old and the people are so so sweet! Happy weekend!

I am absolutely speechless! This is so incredible. It would be a dream for me to visit Italy one day!
xo Debbie | http://www.tothineownstylebetrue.com