Florence Recap! Up First – The Duomo 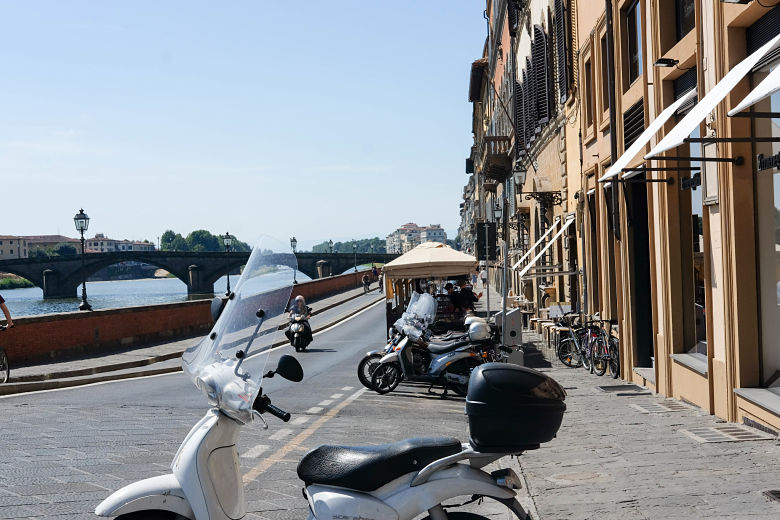 So, what have I missed? Fill me in on the deats. I sure missed you guys!

If you are just tuning in, J and I went to my cousins wedding in London, followed by a girl’s only trip to Italy. We spent 5 days in Tuscany and 5 days in Rome. I have SO much to cover with you I barely know where to start.

We arrived in Florence late afternoon and it was hot as hell.

Hot as fuck. 50 lbs. worth of luggage (over packed, what’s new?). Language Barrier. No wifi for directions. And two girls who were starved and craving Aperol Spritz’s.

Yeah. This shit is heavy.

Ill spare you the boring details of flagging down a taxi, getting taken for 14 euros when it should have been 7, and I’ll land us right at our amazing apartment.

For starters, Airbnb rocks my world!

Not only is it affordable, but I love the feeling of being in a home, seeing how it is decorated, privileges like A.C and a fridge and overall just pure comfort.

Our host, Alessandra and her husband were clear pros at the Airbnb game and came highly recommended on the site.

They have several properties all over Florence, one of which was next to the famous Florence Duomo (Cathedral).

When we popped open the bay windows overlooking roof tops and courtyards, BOOM, there was the Duomo, live and in our face!

There are 3 things most people go to Florence for:

That being said, we pretty much hit the jackpot on location. The apartment was central to the famous mercato centrale, Uffizi Gallery, train station, gold markets, the Duomo, and tons of bars, restaurants and gelateria’s.

Our hosts even prepared a map for us with favorite spots for Apertivo hour and dinner, along with information on tours and best places to shop.

Needless to say, we were set up pretty well.

On the first night we took a suggestion for Apertivo hour and landed ourselves at this cute restaurant, Kit Deux, about a 5 minute walk from the apartment.

Apertivo hour is usually from 7-9 and ranges from 5-10 euros. It comes with an adult beverage and a plethora of homemade, delicious snacks! I’m not taking nuts and pretzels here; I’m taking anchovy pizza, marinated eggplant and zucchini, black rice, antipasti, rigatoni….ALOT.

It is quite the deal and an excellent way to kick of “food hour.”

After Apertivo, comes dinner! Usually dinner consists of an appetizer known as antipasti, a primi which could be pasta or risotto, followed by a secondi, a larger dish usually meat or seafood based. Meals do not come with sides, contorni, so it must be ordered separately.

Our main mission was to eat allllll the thinggggssssssssss. BUT. After scoffing our faces at Apertivo, then ordering an appetizer at dinner, the best we could do was order a primi, which neither of us finished.

(I am not going to get into full details on my fave foods there…save that for another post!)

A bottle of table wine later and we were exhausted from the day we had. We called it an early night around midnight and headed home.

Over the next 5 days our days were filled with visiting the sites, checking out the leather markets and again more food, more booze. 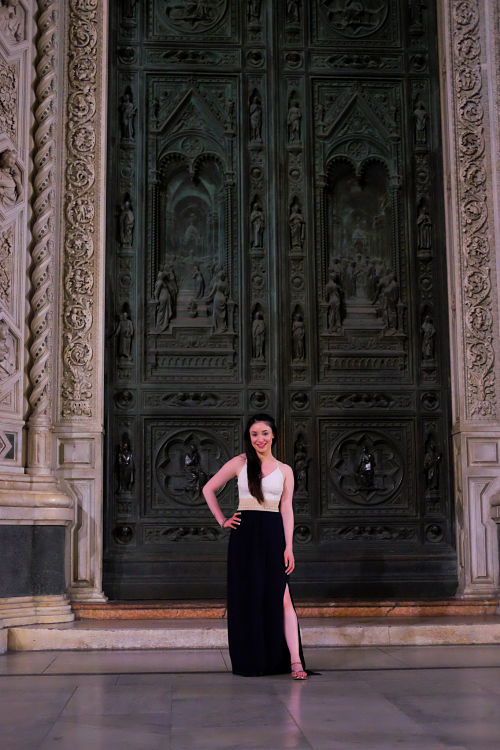 The Duomo was one of the highlights of the trip. “ Florence’s cathedral stands tall over the city with its magnificent Renaissance dome designed by Filippo Brunelleschi, with the baptistery right across. The cathedral named in honor of Santa Maria del Fiore is a vast Gothic structure built on the site of the 7th century church of Santa Reparata, the remains of which can be seen in the crypt.

The cathedral was begun at the end of the 13th century by Arnolfo di Cambio, and the dome, which dominates the exterior, was added in the 15th century on a design of Filippo Brunelleschi. A statue to each of these important architects can be found outside to the right of the cathedral, both admiring their work for the rest of eternity. Can you imagine it took two centuries for the cathedral to be deemed finished?

The church was consecrated as soon as the dome was in place although the façade (front of the church) was only half finished by then. It was just decoration, and thus remained unfinished up until the 19th century. At that point, it was actually redone by the likes of the time and finally finished! 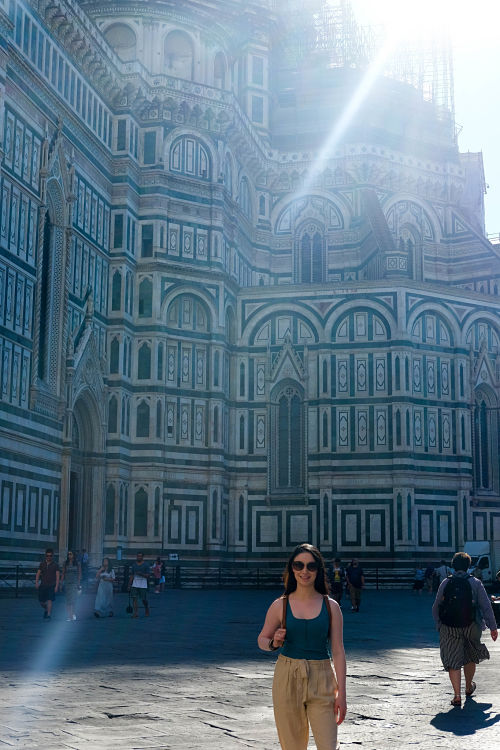 The exterior is covered in a decorative mix of pink, white and green marble. The interior, by contrast, is pretty stark and plain but quite enjoyable on warm summer days since the temperature inside tends to be cooler. The mosaic pavements are certainly its main attraction within.

Please note the clock above the entrance on the inside of the church. It was designed in 1443 by Paolo Uccello in accordance with the ora italica, where the 24th hour of the day ended at sunset… and it still works!

The biggest artwork within the cathedral is Giorgio Vasari’s frescoes of the Last Judgment (1572-9): they were designed by Vasari but painted mostly by his less-talented student Frederico Zuccari by 1579.”

I highly recommend climbing the 463 steps to the top of the Duomo which overlooks the entire city. The view is breath taking!

Another MAJOR highlight of my trip was our visit to MastroJanni. They are the producer of one of my favorite red wines; Brunello. 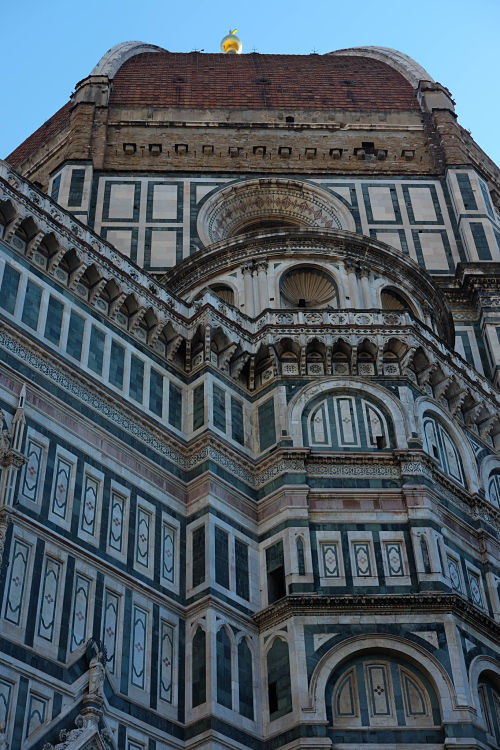 I’ll be spewing Italy details to you all month long not just about the food and wine, but fashion, and some low-key off the map places to visit on your trip.

For now, ill bid you arrivederci!

Talk to you Friday!

Keep That Bod While Stuffing Your Face

I’ve always wanted to go to Italy – it looks like such a great time!
Gisel | mintandthrift.com

Looks like so much fun! I’ve never been to Italy. Can’t wait to go. – Stephanie | http://www.theborrowedbabes.com

You will love it! There is so much to see! Many different parts!

Holy amazingness. To say i’m jealous is an understatement (let’s just say a marriage requirement for my husband was “we’re going to Italy”) – And I have yet to get there. This is beautiful and I can’t wait to read more posts!

Ugh… Florence looks amazing. It is definitely on my bucket list. I have been to Arco, Merano, Riva del Garda area in Northern Italy and fell IN LOVE. It has become my favorite country so far to visit. Looking forward to reading more posts in regards. 🙂

It quite quickly went to the top of my list on food alone! lol. I have wanted to go to the Piemonte region though. Love me some Barolo. New post tomorrow!

I really enjoyed reading your post! Also, thanks for sharing some facts about the cathedral, I am looking forward to visiting Italy even more now . Xo, Emily

I am so glad you enjoyed it! The cathedral is breathtaking to say the least. Thank you for reading!

I love Florence. I stayed there a whole summer and fell in love!! Great article bout it!! Thanks! 🙂

A whole summer?! Wow! That must have been amazing!

It’s my dream to go there! This is such a lovely post and will keep it in mind if I ever get there 🙂

Glad you enjoyed! Make some time and get there!