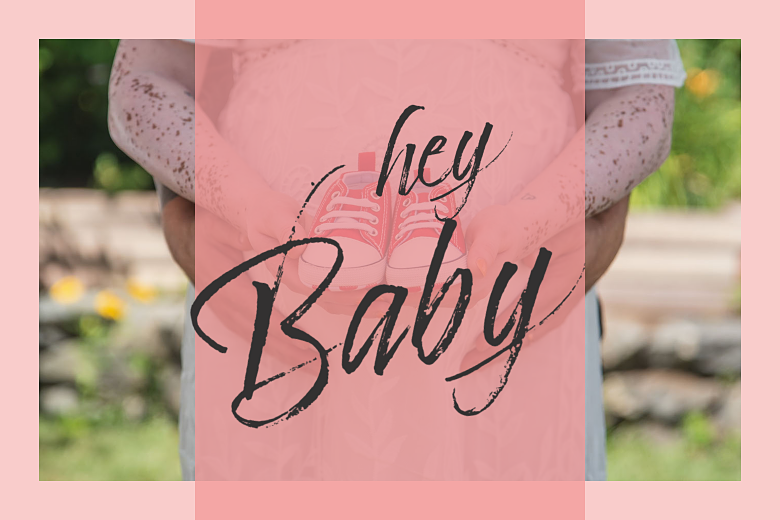 Our baby shower was the last weekend in August and was hosted by my 2 best friends and my mom.

My friends cooked up the masala baby shower idea MANY months ago, when J and I first moved into our new house.

We were all hanging out in the backyard and the whole theme just came together.

Like everything in our lives, food became a central focus for the theme of the shower and of course our baby.

Our baby shower was supposed to be held on a beautiful, sunny, Saturday afternoon…there has been a major drought in Massachusetts…

But, of course, mother nature had other ideas.

She was sick of the drought and decided to rain literally ALL DAY Saturday. 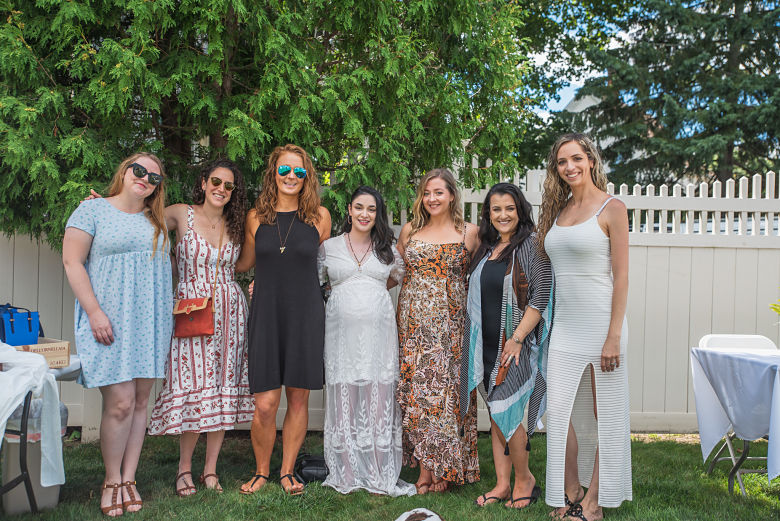 Luckily the girls had pre-planned a rain out date and were quickly able to pivot the party until the next day, Sunday, when the weather was just gorgeous.

I even got a sunburn. SMH.

The shower details were ON POINT.

Everything from perfectly placed pink roses. Orange and green pastel cupcakes, to a “chill zone,” which was V cute with throw pillows, blankets and curtains!

My friends are the best.

J and I have decided to not know the sex of our baby which really made the party much more fun, especially with all the generous gifts baby M got.

There were no pink glitter unicorns or lots of blue football clothes. We got lots of gender-neutral items with animal prints and pretty colors like yellow and green.

Speaking of gifts, we did not do a typical shower vibe with the mom to be opening gifts in front of her guests.

Personally, I find that awkward AF. 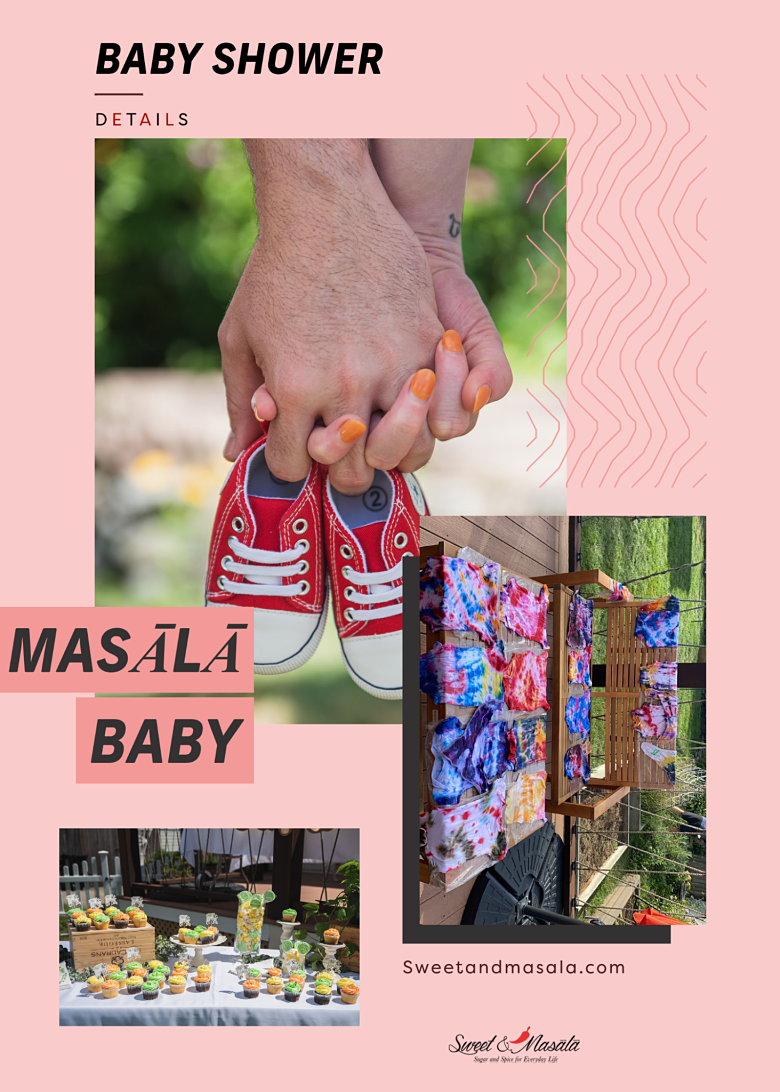 First – nobody cares what you got LOL. People have too ‘ooh an ahh’ over gifts for your baby that they really could care less about.

The worst is seeing that 2 people bought the same gift and then those people are left feeling awkward and the mom to be has to act like she needs two of the same things or ask someone for a gift receipt.

The other thing is pretending to like something you hate.

OH and then the competition aspect. People give what they can. Plain and simple. Nobody owes you a gift. Its just a nice gesture. I would hate to make people feel bad by making them look at the gifts that were given by others. NOBODY WANTS THAT.

I also wasn’t too thrilled on the idea of baby shower games (or forcing people to play them). Yes, they can be fun, but its really not my thing.

So, instead of regular shower games we decided on a few, optional, activities.

We set up a onesie and bib tie dye and stencil section as well as cute little cards for people to give us advice and leave a note for the baby.

The onesie/bib station was a hit! We had various size onesies, 0-12m, that people could decorate by tie dying or using fabric markers!

I saw this done at a friend’s baby shower and thought it was the best idea ever. It’s a non-wasteful activity that the baby can actually wear and it’s also a little memory of a loved one at the same time. 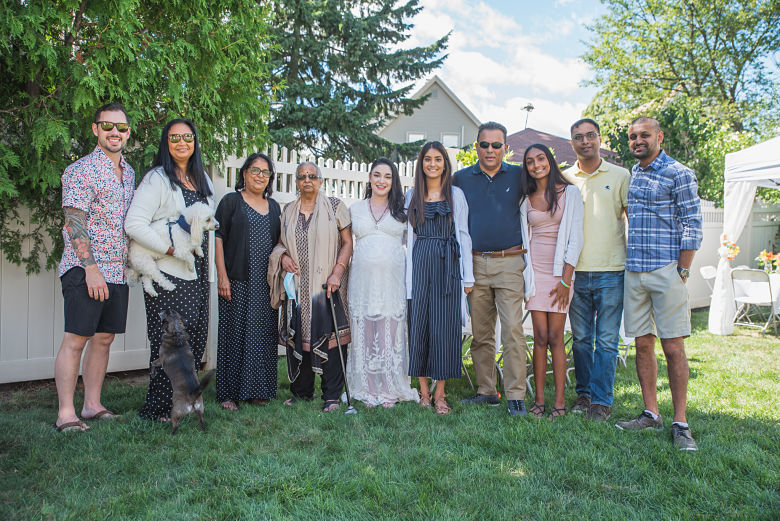 The cards were also very sweet. We compiled them all and added them to the baby’s book so that they can read them when they are older.

As always, we had quite the food menu.

Always serve food. People will say they aren’t hungry, but they will ALWAYS eat!

My brother (who is an awesome cook) made his famous lamb shish kebabs and my aunt made her V popular paneer tikka. We had 3 different types of salad; cucumber and tomato, mixed greens and pasta. We also served a veggie hummus wrap and a turkey and cheese wrap. There were 2 dips, guac and French onion, and then some items on skewers. Fruit, mozzarella with olives and cheese and salami and then a fig and prosciutto.

Overall, it was probably the most chill baby shower I have ever been too. It was more like backyard BBQ which I loved.

We spent the day catching up with friends and family, eating, and just celebrating the new life that is about to be brought into this world.

I wouldn’t have had it any other way. 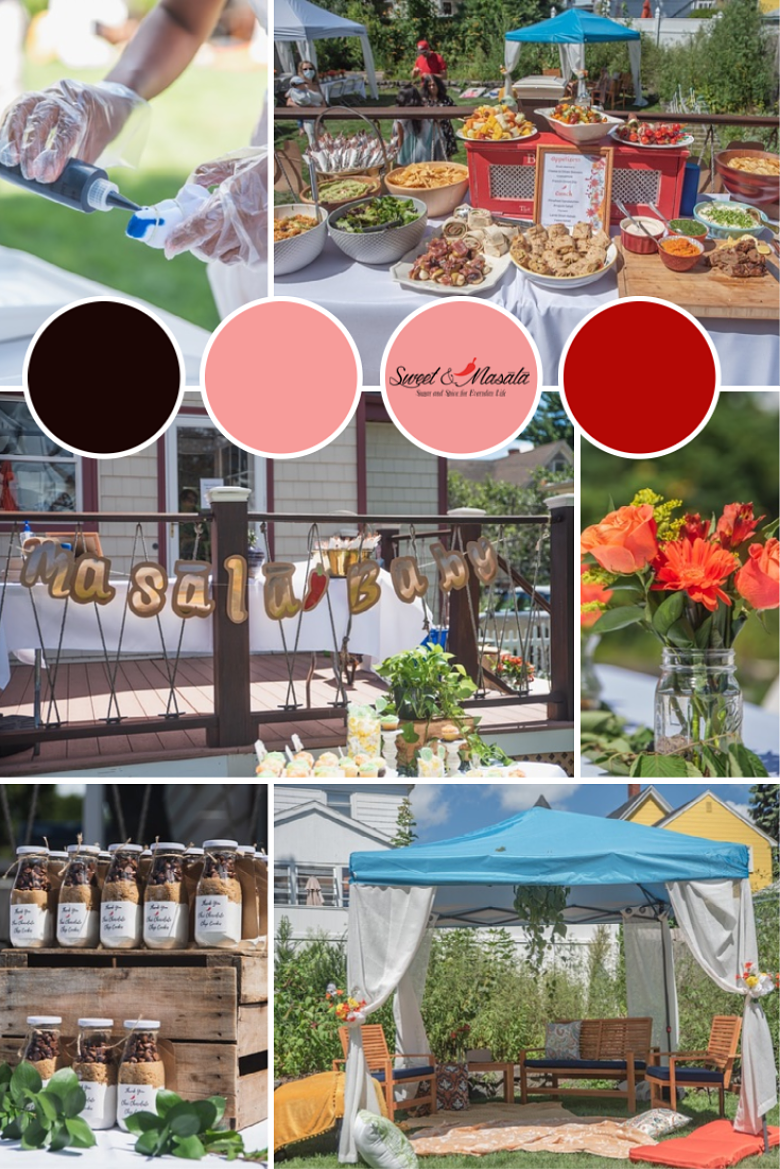 Congratulations on your baby shower. You really had some good times with friends and family. The pictures are nice.

It was truly the best baby shower, all credit for organizing goes to Rachel and Julia, who did a phenomenal job on decorating and taking care of the smallest of detail. They should start an Event Management Company.

I can see the effort behind this. Good job. More to come! Haha! I mean more fun coming! hehe

OMG can I just say that as someone who has endured boring baby showers I would have LOVED to design a onesie! What an amazing thing to do at a baby shower. Great idea!

Such a lovely and chill event. Hope you have/had a safe birth since this post. xx

The competition aspect has always bothered me about making gift opening a spectacle. While I, personally, don’t judge a gift based on value (it totally cheesy, but ‘it’s the thought that counts’), there are others who do. Someone could have gone out of their way to find you the sweetest, most thought out gift possible only to be made to feel like they fell short because it looks like ‘less than’ the other gifts that you receive. Why? What is the purpose of it? It’s one of those traditions that I would be okay with seeing become a thing of the past lol

That tie dye table is such a perfect touch. I agree that it can be suuuuper awkward watching people open gifts (especially if the person isn’t very good at hiding their reactions) and love focusing on the fun events instead.

That’s sweet of your bestfriends to hold one for you. I love the idea of a onesie bib station. Yes, it is indeed a non-wasteful activity and I would be excited to see my baby actually wear or use that.