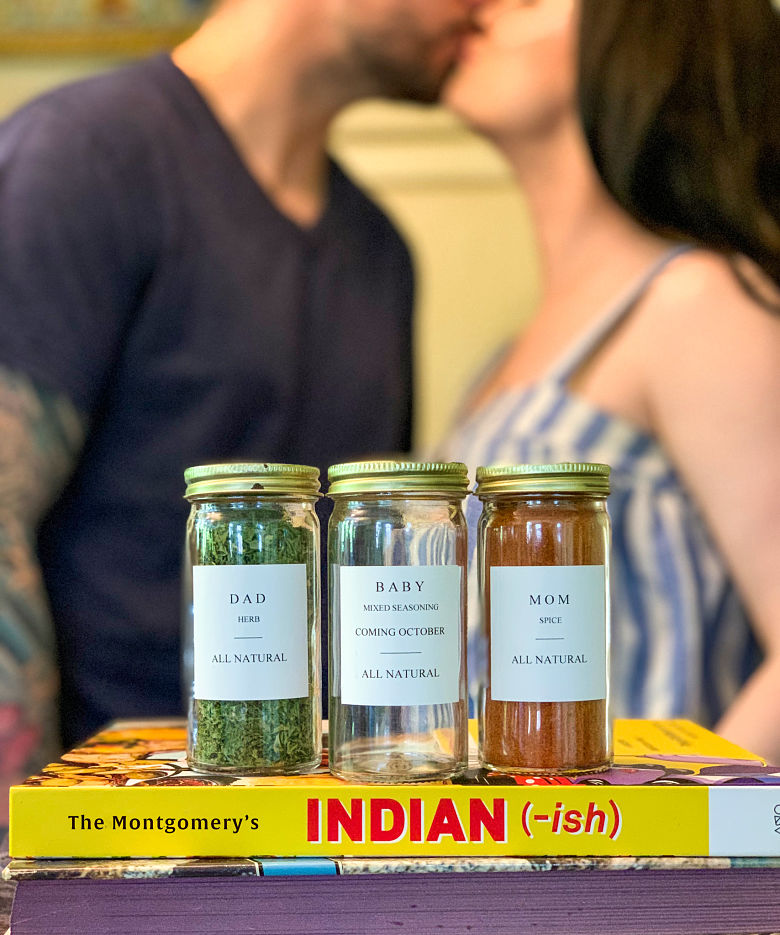 YOU GUYS. You literally have no idea how long I have been waiting to say this.

For anyone who knows me, you know that I have ALWAYS wanted to be a mom. I was hoping to have kids a little earlier in life (I want 3), but sometimes, life doesn’t work out the way you want it to & that’s OK.

SO, YES. HERE WE ARE PREGNANT.

I know I haven’t posted on the blog since quarantine started in mid-March, but I have been relishing in the fact that there is a tiny human growing in my body (among other things, which I’ll get into during another post).

In this post I really wanted to share our conceiving story with you and a little bit about how I am feeling as a first-time mom.

So, first, Justin and I are going to be NEW parents.

Like I said earlier, I always knew that I wanted to be a mom. Like it wasn’t something that I ever questioned or had to think about.

…I always knew I wanted to be a mom.

Justin and I got married in December of last year (2019). Our wedding was an amazing 3-day affair in the mountains of Vermont, you can read about it here and here.

During the wedding I had packed my birth control into my makeup bag, but since my makeup was getting done all 3 days I never opened the bag and completely forgot to take my BC for 3 days.

Once I saw that I was behind, some of my friends thought I should double on my dosages so that I could get back on schedule.

I am usually V responsible with the pills and have only missed maybe 2 days, at most, ever.

I didn’t feel comfortable doubling up with 4 days’ worth of pills, so I decided I would start fresh during the January month.

On the way home from the wedding I let J know what happened, so he was in the know and so that we could practice safe sex.

We talked about it…and since we knew that we wanted to try and have kids as soon as possible, we made the decision for me to not go back on birth control.

We figured it would it take a few months for my body to regulate after getting off the pill and then from there some time to try.

That month, in January, we met up with all our friends from around the country during our annual FRIENDCATION trip at Cape Cod.

The trip is best friends, eating, drinking, puzzling, movie watching and funk bussing (if you know, you know) for an entire weekend, during the freezing cold Massachusetts winter.

Anyways. That Sunday, we conceived our little nugget.

I’ve gotten a lot of questions on how I (as well as many other women) know the exact day that they conceived.

Honestly, its really quite simple, especially if you are tracking your ovulation. If you know when you are ovulating, then you know what windows you have to do the deed and make a baby!

I knew I was going to ovulate on Tuesday. Its best to have LOTS OF SEX a few days before and the day of ovulating.  Once an egg is released from your ovary it can survive for 12-24 hours. SO when a sperm arrives in that window there is a very large chance it will fertilize, since sperm can survive for up to 5 days!

That’s your sex ed class for the day. You’re welcome.

Anyways. This all happened the last week of Jan, the first weekend of Feb.

Over the next few weeks I felt…weird.

Honestly, I can’t explain it. I felt tingliness in my body, lack of sleep, and I just felt like something was going on down there…i couldn’t explain it.

We wen into V-day weekend with the weirdness hitting its peak! I mentioned it to my friend Evelyn, who has two children and well, she called it.

My period was supposed to arrive the following Tuesday (my period is V regular) so I waited until it didn’t come on Wednesday to take a test.

I felt so odd…i didn’t even tell Justin that I was taking the test.

That night, after work, I came home and went straight to the bathroom to take the test. J was casually washing the dishes as I peed onto a stick and waited the 3 minutes, or whatever the time was to see if I was pregnant.

I was so nervous and excited all at the same time.

When the time was up I looked at the stick and there it was….2 PINK LINES….PREGNANT.

I cried in that moment and also began to hyperventilate with a million questions running through my mind.

How am I going to tell Justin being at the top of that list.

I wanted to do a super cute reveal for him…. maybe balloons…a letter. I need to catch his reaction on tape I thought!

Well. All that shit lasted a whole 2 minutes, if that. I’m really terrible at keeping secrets from him.

I swung open the bathroom door and just yelled “BABE!”

(btw, our bathroom looks right into the kitchen…like he was standing right there. There was no reason to yell haha)

“BABE!” I yelled. He looked over at me…i probably looked like a ghost, which isn’t hard to do since I am pale AF.

He immediately dropped what he was doing and came over.

“What, what’s wrong, what happened?”

I held up the stick. His mouth dropped and we both just hugged each other and cried.

One of the best moments of my life so far was finding out we are having a baby together.

Thinking about that day brings tears to my eyes…could just be the hormones though. HA.

& THAT’S how we found out we are pregnant.

I wish I could have held out for some cute reveal, but this was special for us.

How did you tell your significant other?

Wow! Congratulations that is wonderful news, I particularly love your announcement photo at the top of this post very cool!

Thanks so much! We were hoping to do an out of the box announcement. I’m glad that came across.

I am so happy for you guys, congratulations! You have no idea how lucky you are to have conceived so quickly, sadly things have been more challenging for us, I can’t imagine how amazing it must have felt to see those two blue lines! xx

Hi! Thank you so much! We are very lucky to have conceived so quickly and I realize what a rarity it is. I know a lot of people who have had a challenging time and I commend you for your strength and perseverance. I don’t know if I could be so strong. Don’t stop trying!

Congratulations! I am a first-time, soon-to-be-mom as well. I told my husband while we were in the car; no preparation, surprises, nothing fancy. That’s just how we are. But we were both so happy and excited! 🙂 Always take care of yourself and your baby!

Congratulations to you guys!

Congratulations to both of you! God bless… Take lots of care of yourself & the little one.

Aw, congratulations to you all. You are going to be terrific parents. And thanks for the sex-ed lesson in the middle of the post. I hope you have a healthy pregnancy.

Congratulations! This is such an exciting time for you both. Enjoy the journey and stay on top of your health. I can relate with the way you told your husband that you are pregnant. I did the same thing – called the hubby, held up the stick, and no words came out of my mouth. Just tears of joy.

Aww I’m soo happy for you!!! Such an exciting time. Enjoy every minute bc it goes by!! Lmk if you have any q’s!! Can’t wait to see the bump.