Kick Up Your Feet & Get Your Ass OFF Social Media 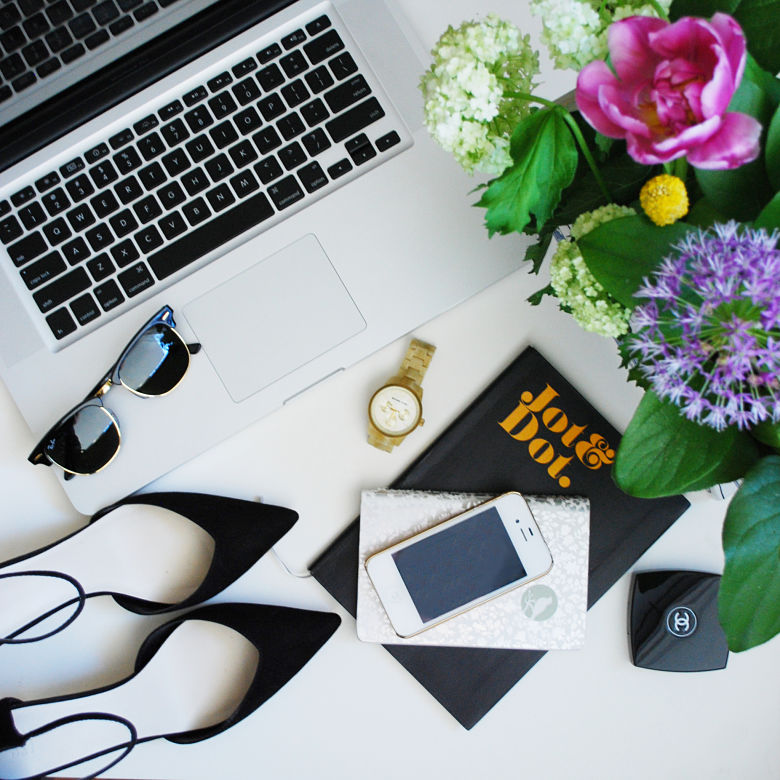 I spend every day of the week on social media.

Legit…from dusk to dawn its constant; Texting, Messaging, Blogging, Instagram, Facebook and Snapchat updates. If I enjoyed twitter I am sure that would be included too. My point is, I am on it all the time and it def has consumed me life!

As a person with a fairly new blog the need to advertise, push, and connect with the world is V important. I want people to know I am out there and the only way I really know how is through Social Media.

The blog alone is a full time job (on top of my “real” full time job), but adding social media into the mix is exhausting. Keeping the updates is an everyday thing to ensure that you are being seen and heard.

Social Media is a powerful tool to grow a business/brand, but sometimes you just need a break!

A break to reenergize, rethink and overall just REST.

To put things into perspective the average person touches their phone 2,617 times in one day!

Putting down my phone (and keeping it away) is the best feeling in the world. Liberating, you know?

So how do you stop? How do you bring down that big ass number down to maybe just 5-7 times a day? Why should you stop?

Let’s break it down.

First: why you should stop.

Social Media Can Isolate You from the Real World

You hop on Instagram and swear you’re going to be on it for just a few minutes; and then, after an hour of thumbing through people’s pictures… well, you know how it goes.

Social media can be such a helpful tool in connecting and networking with people, but on the other hand, spend too much time buried in your phone and you risk feeling a disconnect with the real world. Plus, there’s that familiar sense of guilt and emptiness many of us feel when we finally put our phone down, realizing how much time we just spent on something so trivial.

Some even go so far as to say that we’re in the middle of an epidemic. Both being alone and feeling lonely (two different things) are on the rise, with an even sharper increase in recent years. We interact face-to-face less, gather less and have fewer meaningful connections. Loneliness isn’t just a mental state, either; it has physiological effects, too, such as weakening our immune systems.

Any way you cut it, these studies generally boil down to the same point: Social media and loneliness are linked.

It Encourages Your Competitive Side To Come Out, But Not In A Healthy Way

Let’s be honest with each other: We all have those few friends who post a picture of their big toe on Instagram and get 200 likes. Then you spend 20 minutes perfecting the lighting on the jaw-dropping picture of the poached eggs and roasted asparagus you made for brunch, and the only person who likes it is your cousin.

Competition is in almost everyone’s blood, but many of us will fall prey to that drive to get as many likes, followers, etc. as possible — at least more than your friends. The real danger here is that we let it define our worth as human beings, which is obviously a bad thing. No social media post validates who you are as a person; so why do we stress about how many people “like” us?

People portray themselves on social media as they want to be seen, which is why you so frequently see pictures of people’s perfect relationships, perfect offices, perfect homes, perfect children, and so on. It’s inevitable that you’re going to compare yourself to these people, wondering how and why their lives are so happy and simple, and yours isn’t. In fact, “social comparison” is its own psychological phenomenon, and one study found that it plays a huge role in the relationship between social media use and depression. But it goes even deeper than you think.

You Can Become Addicted To Social Media

True, “addicted” is a word that we throw around too easily and dismissively these days. But something becomes a legitimate addiction when it has a significant, negative impact on a person’s life; it’s something they can’t function without, and it interferes with their day-to-day routine and responsibilities.

It’s also true that yes, you can absolutely become addicted to social media, and it largely stems from something called FOMO: fear of missing out. People are posting some of the tiniest details of their personal lives online, and we have to see it. The inability to quit social media has even been labeled “social media reversion,” and in a study where people were challenged to stop using Facebook for 99 days, many couldn’t make it past just a few.

All of this is not to say that we should all quit social media cold turkey, and we should do it right now; there are still many positive reasons to hop online. But limiting our time on these platforms — as well as choosing wisely the reasons we’re using them in the first place — is of utmost importance.

Ways to take a break

Pick a day and Stick with It

This shouldn’t be too bad. Most people give Sunday’s to themselves. It’s the perfect day to put your phone away!

Most people feel the same way about Sunday. It’s like a universal day to be at home and chill.

Put Your Electronics in another Room

I don’t know about you, but if my phone is right next to me and I get an alert I immediately check it. It’s just a habit I have developed.

To get around this, put your phone, tablet, laptop, whatever in another room and leave it there!

If you do plan to check social media on your off day schedule it out!

Set up a time table for yourself. I will only check my phone at noon and 6 pm. Make sure to set up time the next day to answer those texts or respond to comments on your IG. Don’t use your off day to respond. The time table is to check to make sure you aren’t missing any personal important messages, like from your mom.

Use Hootsuite, Buffer or Social Sprout to plan your posts ahead of time. This will give you MORE time to yourself and less on your phone. You can be on social media without being on social media! What a concept.

Now that you have the tools to give yourself a break DO IT.

Doing it intermittently just isn’t enough. To keep your sanity you deserve to rest. Don’t rob yourself of that.

Alright…now I have to PRACTICE WHAT I PREACH.

Let’s make a pact? Let’s do this together!?

Thanks to Bustle for so much great information!

Accessories are a Girl’s Best Friend

I love this post! Always good to put your phone down and experience the day without social media.

Completely agree with you, social media can be addictive. I my case, I take a break on weekends, dedicate that time to my family and plan everything else for the workweek. As well, I love your ways to take a break, I need to put those in practice too ^_~

Such a great post! I definitely needed this 🙂 Thanks for sharing!

YES I have been planning my social media which keeps me OFF of it and it has been a total game changer for me! Great post!
Courtney Bentley || http://www.courtneyvioletbentley.com

I love this post. One of my favorite things is to go camping where there is no reception and I can break away for a bit. So nice to regroup and step away from it!
Krissy | https://thoughtfullyunraveled.com

I LOVE CAMPING. This is a really good idea! THANK YOU FOR SHARING!

Completely agree lady! Making a conscious effort to take a break from social media is so good for all of us! xo Dayna // http://daysbyday.com/

Girl I know how this is!! I have been taking more of a break lately because I feel like if my heart isn’t in it for the day then it can wait. Yes it may mean that I’m not growing or adding to my content that day, but at the end of the day your mental health is so much more important.

You couldn’t have said it any better. Mental gain means more at the end of the day.

Komal, this is so true, I think so many of us can relate to this topic. Thanks for sharing some great tips. xo, Emily