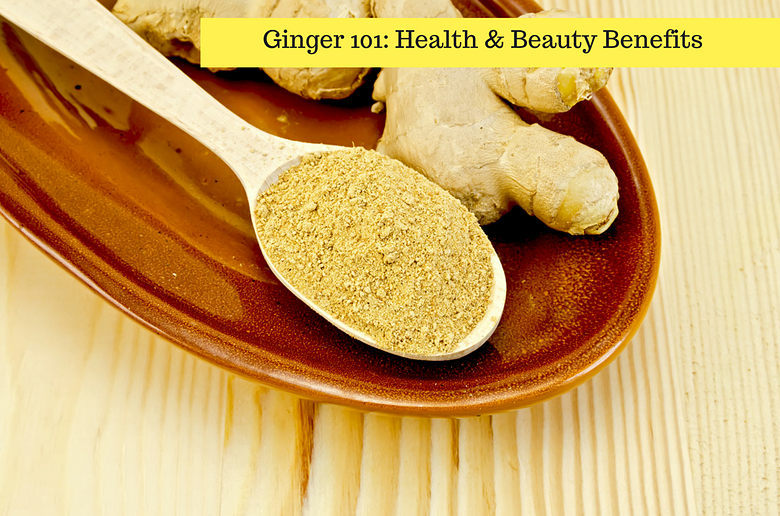 OK, now that that’s out of the way. 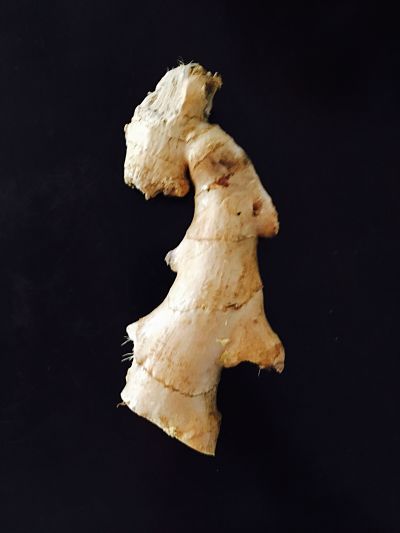 I tend to put ginger into everything. No joke. On my eggs, in my pasta, curries, drinks, and apple pies…it really has its place anywhere.

Ginger is a flowering plant and is mainly used as a spice in cooking or for medicinal purposes.

Perfect for this article!

“Ginger (Zingiber officinale) is surprisingly the most widely used dietary condiment in the world today. It’s actually part of the plant family that includes turmeric and cardamom, which may explain why the health benefits of ginger are so extraordinary.

The Chinese and Indians have used ginger tonics to treat ailments for over 4,700 years, and it was a priceless commodity during the Roman Empire trade around the coming of Christ because of its medicinal properties.

So, what makes ginger so good for us?

In one word: Gingerol.

Of the 115 different chemical components found in ginger root, the therapeutic benefits come from gingerols, the oily resin from the root that acts as a highly potent antioxidantand anti-inflammatory agent. These bio-active ingredients, especially [6]-gingerol, have been thoroughly evaluated clinically, and the research backs up why you should use ginger on a regular basis.”

Ginger has been long known for aiding in most digestion issues. When I was a kid and my tummy was upset my mom would give me ginger ale.

“In herbal medicine, ginger is regarded as an excellent carminative (a substance which promotes the elimination of intestinal gas) and intestinal spasmolytic (a substance which relaxes and soothes the intestinal tract). Modern scientific research has revealed that ginger possesses numerous therapeutic properties including antioxidant effects, an ability to inhibit the formation of inflammatory compounds, and direct anti-inflammatory effects. A clue to ginger’s success in eliminating gastrointestinal distress is offered by recent double-blind studies, which have demonstrated that ginger is very effective in preventing the symptoms of motion sickness, especially seasickness. In fact, in one study, ginger was shown to be far superior to Dramamine, a commonly used over-the-counter and prescription drug for motion sickness. Ginger reduces all symptoms associated with motion sickness including dizziness, nausea, vomiting, and cold sweating.”

Here are some more reasons why you should start incorporating ginger into your diet.

Helps maintain normal blood circulation with the magnesium and zinc it contains.

Boosts the immune system with all of its active substances

Helps enhance brain function due to its natural antioxidants

Assists with toothaches by rubbing the raw ginger on gums

Supports treatment of headaches and migraines

Treats burns with its extracts

The benefits of ginger are outstanding. Ginger is the most “superfood” super-food there is out there (in my opinion) and it tastes great! There are numerous way to incorporate this spice into your daily routine.

I know that summer is over, but who doesn’t like a good lemonade?! This lemonade is part delicious and tasty and parts a health tonic. This is a perfect drink if you are fighting a cold.

Mix ginger, honey, and boiling water. Stir well until the honey is dissolved, and then let steep for 10-15 minutes.

Fill a two quart pitcher with ice. Once the ginger is done steeping, strain liquid into the pitcher, and add in the lemon juice. Fill the rest of the way with water, and stir well.

Fill the tub like usual and pour your ingredients in. The ginger increases circulation and boosts immunity while Epsom salts soothe muscles and give you some much-needed magnesium.

So there you have it! GINGER! Have a good weekend ya’ll xx

Love this! I actually make this drink all the time but I drink it hot and never thought about making it iced! Perfect for summer! Thanks for sharing!
xx
Nathalie
http://www.crayonsinmylouboutins.com

Yes! It would be perfect warm too. Super soothing on your throat.

I want it in everything too! Do you like it raw? I am obsessed lol.

It is always a treat to read articles on your blog! So, informative and enriching! My family loved using ginger in their cooking – I need to get more experience doing so and the benefits in all things is fantastic!
xo Debbie | http://www.tothineownstylebetrue.com

Debbie, that means so much to me! You are too kind <3 Have your family help you out! Maybe a ginger shot in the morning?

So many benefits of Ginger, even I love ginger a lot. I use a mouth freshner with ginger which I eat after meals. Grate a ginger mix some salt and sun dry it. store it in dry air tight container, you can eat after meals as mouth freshner. Well nice post you have written .

That sounds delicious! If we added sugar and candied it I am sure it would taste amazing!