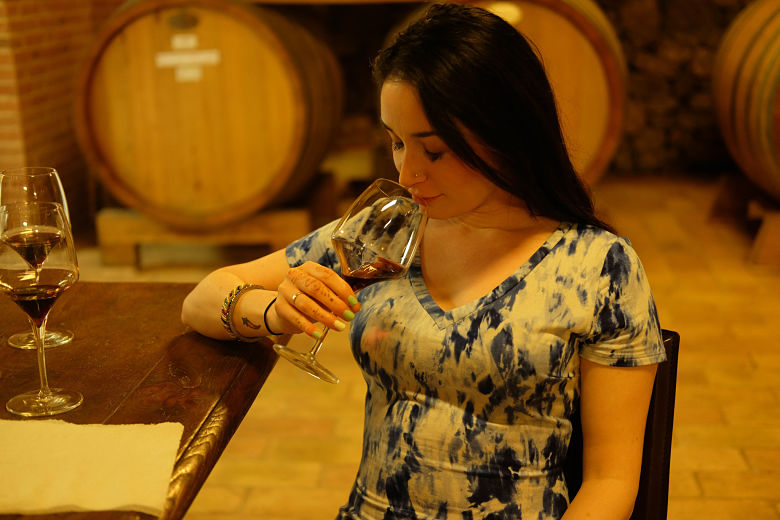 It’s currently 7 am on a Wednesday and I am already hoping for this day to be over so that I can fully put into effect #winewednesday.

Ever had a day that you wake up and just aren’t feeling it?

Today is that day for me.

When I first moved to Boston I began working at an Italian restaurant called Terra, at a place called Eataly.

Eataly is essentially a one stop emporium for all things Italian.

To cut a long story short, they provided me with amazing education in the beverage department, more specifically wine.

While working there I became obsessed with different grapes, (Montepulciano is my fave), types and producers of wine.

One of my favorite types of wine that I fell in love with was Brunello.

Brunello is  is a red “Italian wine produced in the vineyards surrounding the town of Montalcino located about 80 km south of Florence in the Tuscany wine region. Brunello, a diminutive of bruno, which means brown, is the name that was given locally to what was believed to be an individual grape variety grown in Montalcino.”

Terra offered many different producers of this luscious wine, but the one that stole my heart was Mastro Janni.

MastroJanni is tucked away in the hills of Montalcino on a property over 90 hectares, which represents over 10,000 square meters. 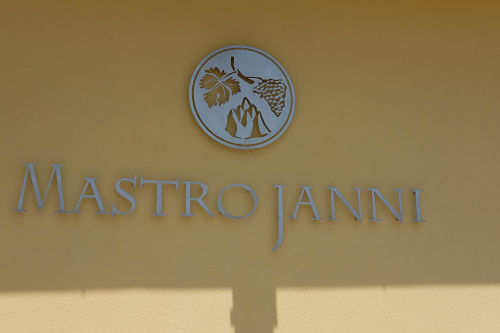 Through the feats of Eataly, I was lucky enough to set up a private tour at the vineyard when I went to Italy.

The experience and hospitality at MastroJanni, was more than I could have ever expected!

Initially our tour was set up with Elena, a coordinator at the vineyard, but since our train was running late, and another tour arrived earlier, we were greeted by the estate director, Rada.

Right off the bat Rada gave me a boss babe impression.

She was dressed in all black, complete with bad ass combat boots.

She welcomed us with smiles, hugs, and espresso.

Backstory: the day before Julia and I took it upon ourselves to finish a bottle of white wine, red wine, half a bottle of  limoncello, multiple Aperol Spritz’s, Vin Santo, and some type of mule……yeah….we did it hard that day.

She immediately could tell we were struggle city and brought on the espresso before the tour started.

Thank goodness for that.

A little back story on MastoJanni for ya: 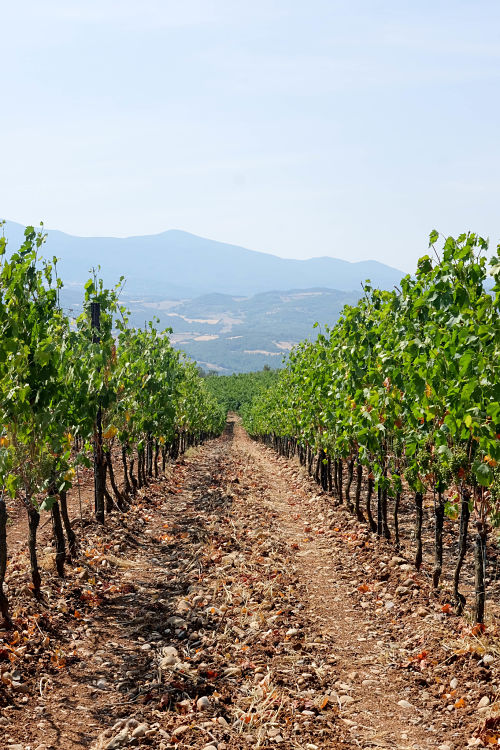 “MastroJanni has been writing history with its wines since 1975, collecting awards from all over the world.

And in those years, only a few entered the wine-making adventure in Montalcino.

Today, thanks to an exceptional terroir and men who have believed in it for decades, MastroJanni has become one of the most respected Montalcino producers as far as wine buffs are concerned.”

Rada took us down to the vineyards and told us all about the different grapes they grow, primarily Sangiovese, which is the most grown grape in Italy, and the soil types.

Soil is a really big deal in wine cultivation because “the traditional overall view of the subject of soil assumes that soil is to be understood as a result of the interaction, during a given period of time, between climate and living organisms as active factors, and rocks and topography as passive factors.”

After, we went to the cellars and checked out the barrels of wine that were currently being aged. 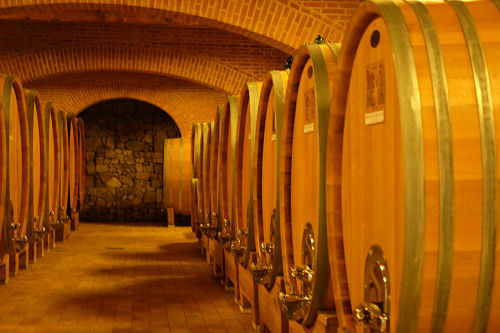 Then, came the BEST part.

Rada took us through a tour of some of the best vintages. 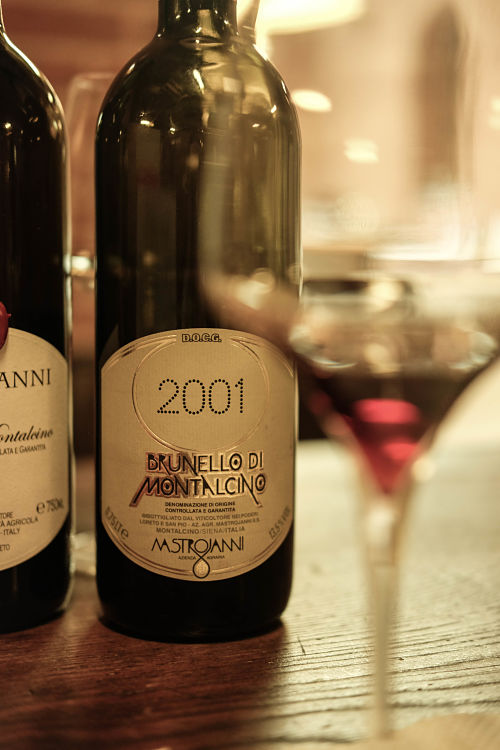 There is something about swishing the wine around in your glass, breathing in, then sipping, that makes life so pleasurable.

The way she described the cherry notes, acidity, tannin’s, body, were like poetry.

If you make it to Montelacino in the Tuscany region I highly recommend staying at the estate and let yourself be transported away under the Tuscan sun surrounded by rolling hills, hospitable people, and of course alllllll the Brunello. 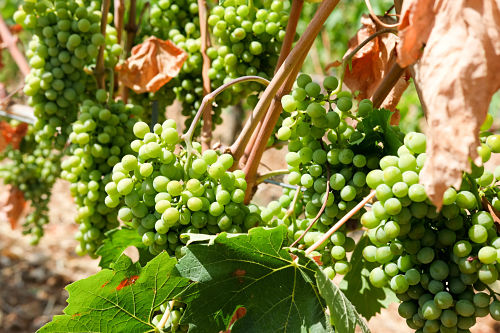 Before we left Rada gave me the info to one of her friends in Rome, Frederica, whose family owned a wine/beverage bar in Rome.

We got in touch with Frederica before leaving Florence and went to visit her in Rome at her family run business Enoteca Giansanti.

Again! We were greeted graciously!

Frederica was expecting us and started us with a fab bottle of Prosecco. 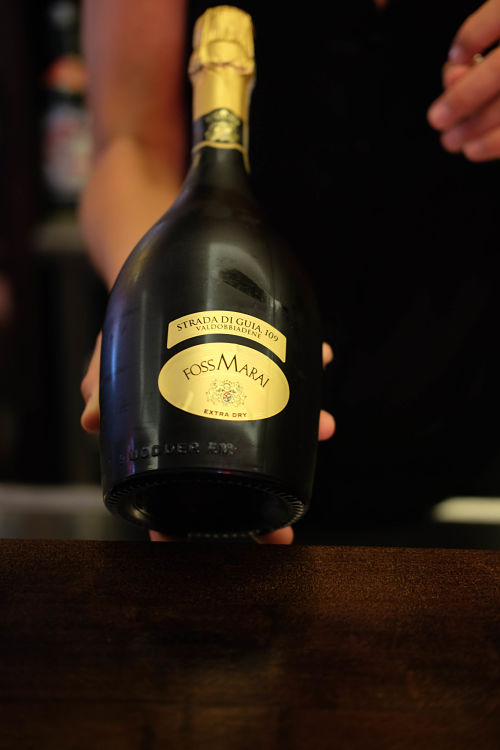 She gave us a tour of her private cellars, and gave us unlimited amount of amazing bar snacks, such a fresh hummus, panzanella salad and crostini’s. 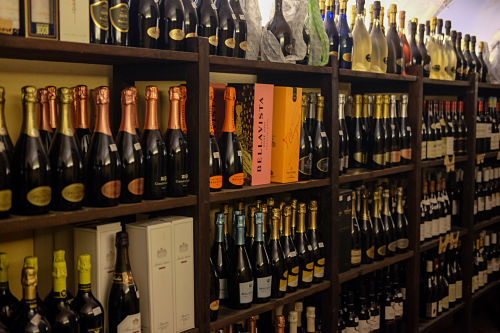 The cutest part about Frederica was her choice of music. She was listening to old-time pop.

It was awesome! I loved it! I can’t remember the name of the band for the life of me!

Some things I took away meeting with these amazing curators was the hospitality they provided.

They were so gracious, nice, funny, informative and all around just loving.

Made me feel so comfortable, ya know.

(wine and champs helped with that too) 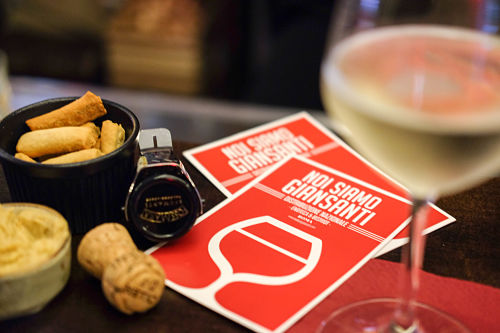 I can’t wait to go back to the land of vino and continue to learn more.

I just started reading Cork Dork which was recommend to me by my BFF who also happens to be a Som.

I’ll fill you in on book details in the upcoming weeks.

ugh girl I feel you with the wine down Wednesday …. so amazing that you got to try all those delicious vintage wines especially in Italy. They must have tasted so good. Your trip there sounds amazing… I cannot wait to go back.

Me either! What was your favorite place?

What an awesome experience! I love wine!

This sounds amazing! What a great experience – I love your photography and it sounds like you really enjoyed yourself! Happy Wednesday!
xo Debbie | http://www.tothineownstylebetrue.com

Thank you Debbie! That means a lot!

Beautiful photos! I’m from Boston and I have tried the food at Terra so many times – love it there!

How wonderful! I’m so glad you love it! What’s your favorite dish?!

Seriously wow! What an amazing experience! Ok so if I ever get to leave Arizona again haha I will need to ask you the best places to drink wine 🙂

Wednesdays are my favorite day of the week for that very reason!! haha I had the pleasure of going to Chianti and Siena while I was in Tuscany last year and it was the most amazing experience. The wine is beautiful and so are the people and land that you find it in. Reading about your trip makes me want to go back so badly!!

Couldn’t agree with you anymore! Sienna was breathtaking!