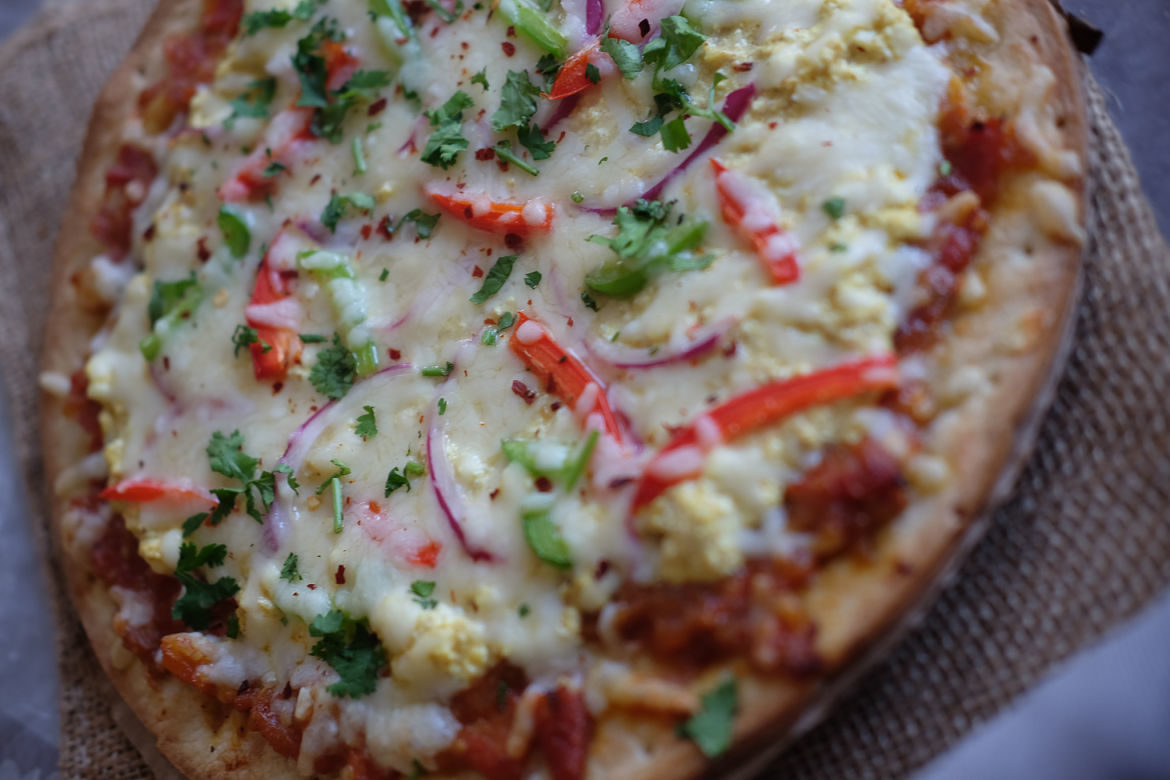 “Pizza makes me think that anything is possible” Henry Rollins

Pizza is like this blank canvas that can stand up to just about anything.

I have heard of SO many different kinds of pizzas. Some are amazing like a truffle and potato, but some are…let’s say questionable, like a tuna fish salad pizza.

I think I’ll pass on that, BUT. Instead I’ll take an Indian style pizza made with fresh paneer and a sweet and spicy tomato chutney pizza sauce HERE.

Paneer Tikka Masala is one of my favorite dishes on an Indian take out menu. The tikka masala is usually creamy and spiced and tastes so good with garlic naan.

At first, I thought about making the garlic naan as the base for the pizza, but I didn’t want the sauces to soak up into the bread, so, I thought PIZZA.

Pizza crust is sturdier than naan, but I wanted a healthier option.

J and I have become pretty obsessed with Cauliflower crust, which has led to us eating more pizza. 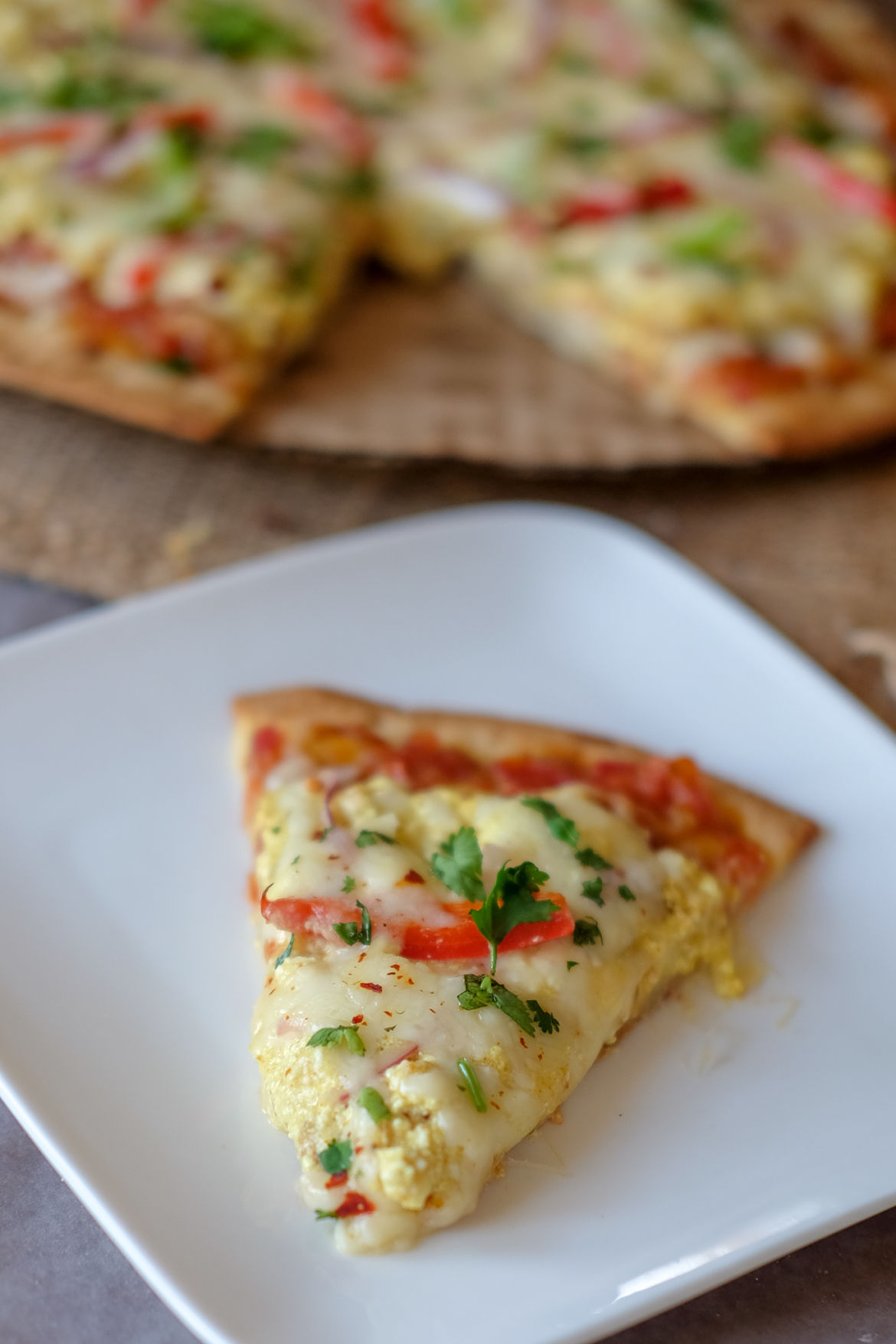 Homemade paneer is V easy to make and can be done in about 45 minutes.

Check out the recipe here.

Once you have made the paneer, marinate it in the tikka masala sauce, and then top the pizza with it along with all your favorite ingredients! 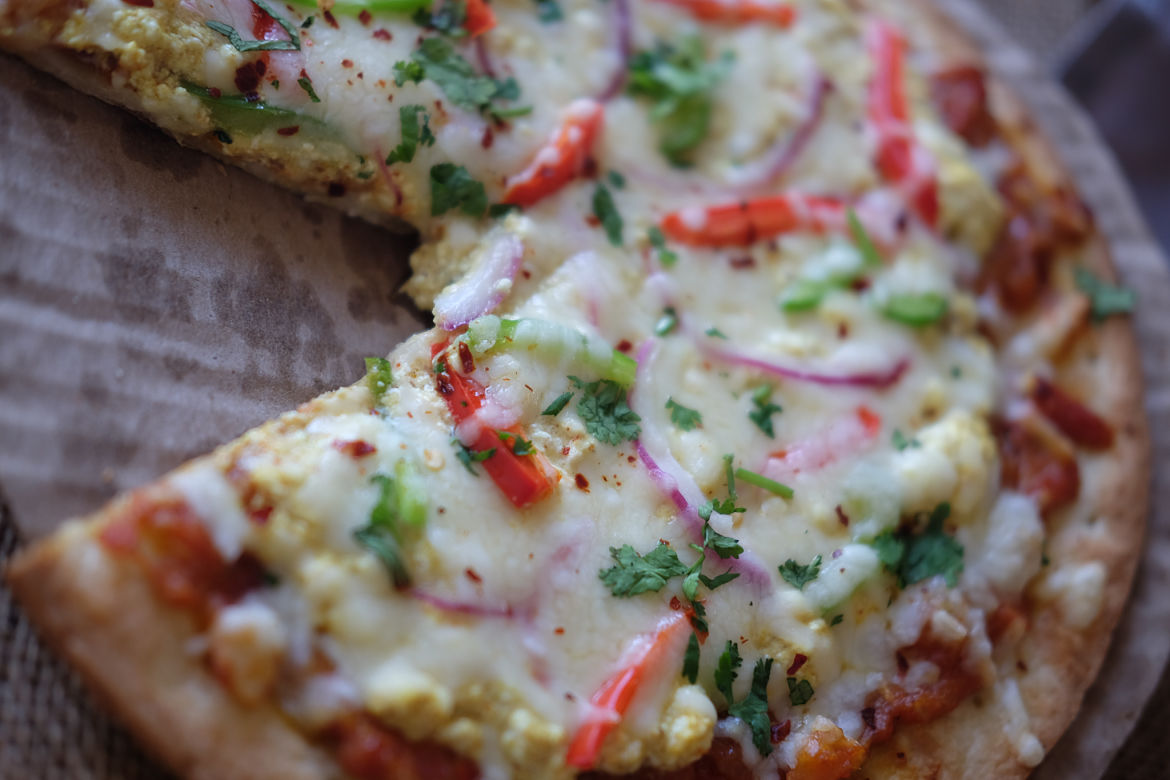 Wow, what a fusion dish it is! Indian and Italian fusion at its best. Just hope it will taste as good as it looks.

I am all about pizza. Doesn’t matter what kind ever. I will have to give this pizza a try for sure, and soon!

This look amazing and I didn’t even know that you could make pizza from Paneer! Makes me so hungry.

This pizza looks really yum! Should try the recipe. Thank you 🙂

I think the fusion of curry and pizza is so interesting. I am a huge fan of pizza but I’m not sure how I’d feel about paneer tikka masala x

You should give it a go!

This looks ridiculously yummy! I’ve never seen such a unique pizza flavor, but it still looks like it would work.

Oh wow this sounds DELICIOUS! What amazing flavour combinations! I would love to try this, might give it a go!

It looks so good. I love that it’s loaded up with cheese! Pizza is a family favorite here.

You really just had me at pizza. But this does look pretty darn delicious. And I love to try out new flavors of things.