Homemade NAAN Made In A J I F F Y 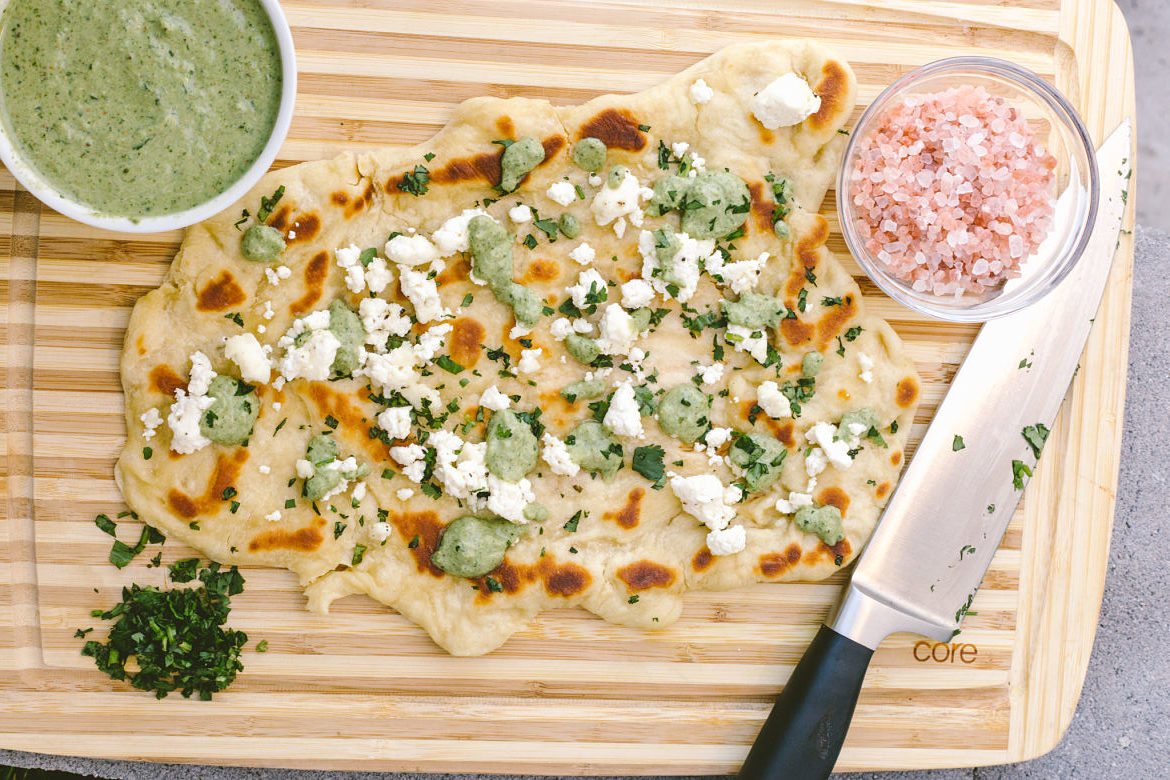 How was your weekend? Anything fun? Anything new?

J and I went on this awesome hike called Three Sisters Falls. It’s a 4.3-mile round trip from the start of the trail head to the top of the waterfall.

It was a little intense but I felt like some bad ass off the beaten trail because there were a lot of obstacles involved on the trail.

We had a waterfall to cross and hike, big boulders to hurdle over, dirt-rock roads and inclines with ropes.

Last week I gave a little sneak peak action on Instagram about my homemade naan pizza.

Naan is a leavened Indian flat bread that is usually topped with ghee or butter. Naan is used as a utensil, a scooper for most dishes. The most common dishes it is served with are meats, vegetables, curries and rice.

You can do a lot of things to naan to dress it up. Think of it as a tortilla! I love dressing my naan up with butter, garlic and cilantro. I think my favorite dish to eat it with is Lamb Curry. So, freaking good. Check out my recipe here. 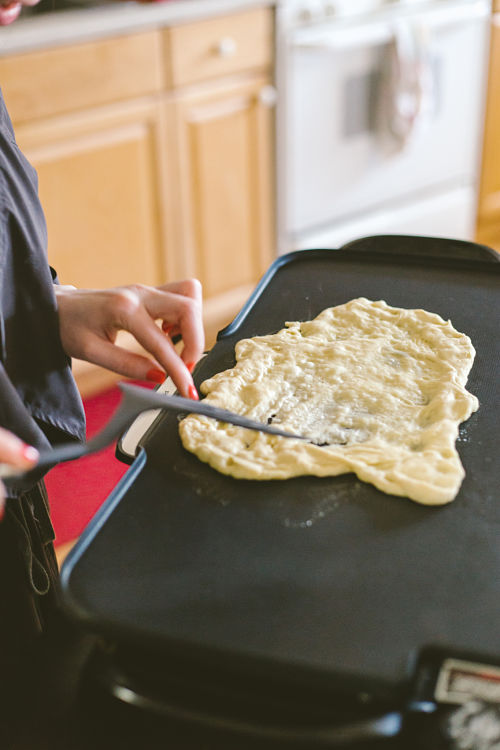 The other day I was feeling too lazy to make curry (it takes a lot of love) so I decided to make a naan pizza!

I made the dough, topped it off with some homemade cheese, here, and a homemade mint chutney that will be coming to you live next week!

Now, I don’t know about you, but I always find bread making a little intimidating. Something about working with yeast is a little scary for me. The bubbling and the frothing. The rising. Then kneading the dough!

Luckily, this recipe is super easy and the yeast part really isn’t that scary!

Make a pizza, a breakfast quesadilla, a sandwich. Use it as a spoon for a curry or biriyani dish. It goes really well with hummus too! Like I said, so many choices! Do you eat naan?

What are some of your favorite way to eat it? Any special toppings?

Have a fab week y’all! xx

This is an awesome recipe! We make naan pizza all the time, and I am going to try and make it like this now.
Thank you so much for sharing!
victoria | victoria@thesoutherntrunk.com

Victoria, that’s awesome! Can’t wait to hear how it turned out!

This looks SO DELICIOUS!!!! Using yeast does totally intimidate me so I may take your advice and try it. My hubby would be so impressed 😉

It’s scary! Lol. Gahhh I hope it works well for you and your hubby loves it!

It really does! Not as doughy!

I saw your pics on Instagram and I was drooling all over my phone! I can’t believe how easy it is to make and I have all the ingredients so I might have to try my hand at Naan!

Instagram drools are the worst lol. Always left feeling hungry hehe. You already have all the ingredients?! That’s great! Let me know how it turns out! Xx

Komal! Can you please invite me over for dinner! Oh, my tummy needs you and this looks so delicious!
xo Debbie | http://www.tothineownstylebetrue.com

Debbie! Yes, you are welcome over anytime 🙂 as long as you give me some fashion tips!

Yum!! Must try this. My husband and I love naan. Thanks for sharing! xo Dayna // http://daysbyday.com/

Wow, this looks so good! i’ve never had before though!

This sounds like a great recipe, I’ll have to try it out!