Recently I have been seeing so many great Indian Fusion Bloggers pop up all over.

It’s so much fun to see what other people are doing with our cuisine and how they are bringing it to America.

One of the recipes that gets brought up a lot is the Bombay Sandwich.

The last time I went to India, in 2013, I had this sandwich for the fist time off a cart on the street.

This Bombay sandwich, made with spicy cilantro chutney, boiled potatoes, onions, tomatoes and beets is topped with lots and lots of Masālā and then grilled.

I decided to do my own twist on it by making it with naan instead of white bread.

I made my own version of the sandwich Masālā by toasting whole spices and grinding down.

The best part of the Bombay sandwich to me is the spicy chutney and the boiler potatoes.

I like to add a little cheese to make it all come together!

I hope you guys enjoy my version! It’s the perfect hearty sandwich. 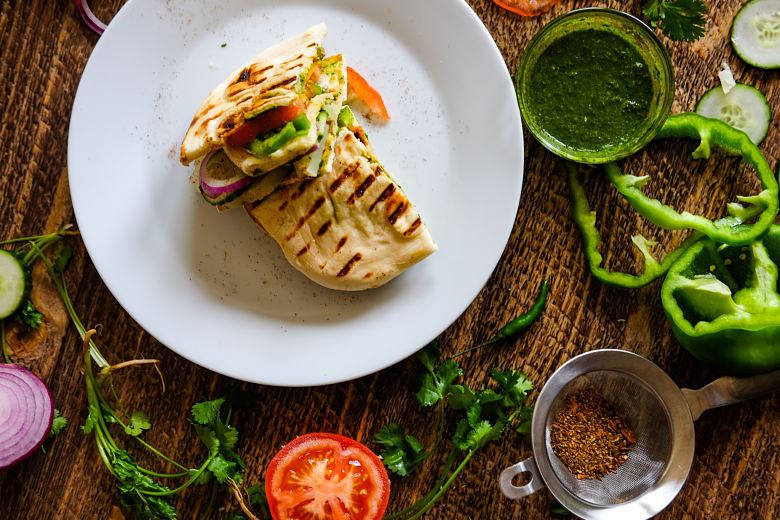 This looks super delicious! Thank you so much providing the recipes! This will come in handy as I am moving on my own soon and need to learn to cook.

I’ve been vegetarian for over 20 years and I love Indian Cuisine. The spices really blend well together perfectly.

They really do! I love how on the streets of India they pull this all together.